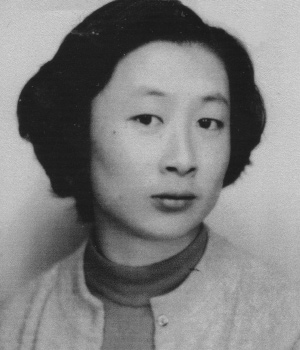 Author of China My Other Country

"This memoir is packed with brilliance, pathos and youthful joie de vivre,
spanning a variety of societies - but inextricably wound up in the world
of international spying. Born at the cusp of 3 cultures: feudal Chinese,
Modern Chinese and aristocratic British academia - Cambridge and
Oxford. Read the intense conflicts of identities. Beautiful and lively,
pursued by numerous young men including from Soviet KGB.
Eventually married a Yugoslav across all ethnic, cultural, political
barriers for her love of nuclear physics. Coming to terms with her
beloved father being a major spy. ........."

Read More about China My Other Country
Order Contact

“I do not have a real family, society and country that I can identify as my own. Instead I was hanging in limbo between east and west, not knowing who I was, where I belonged and where I would end up.”

Extraordinary times breed extraordinary people...and rarely, even in fiction, does a character emerge more remarkable than Gioietta Kuo. Beginning her life in the Tibetan foothills of Chengdu, Sichuan to an upper-class family, Gioietta had a childhood comprised of rickshaw rides to school, water clocks and a panda for pet.

“I was torn between racial inheritance and my Western upbringing.”

Once World War II ended, so ended Gioietta’s idyllic childhood. She and her brothers were thrust from the comfort of a landlord class from an old-fashioned village to Paris and then a boarding school in England.

Once in England, Gioietta found solace within knowledge. At 24, she earned her PhD in Nuclear Physics from the Universities of Cambridge and Birmingham. But understanding the world of nuclear physics still didn’t help her quantify her place on the earth or within her culture and family.

Endowed with a rare combination of high intelligence and beauty, she began to lead a high life with exuberant youthful joiede vivre in Paris. Read about her unusual escapades including a romance on a Paris and Milan flight with an Italian Billionare.

To truly understand this story, you must understand the extraordinary woman. Gioietta Kuo’s story is one of a woman who grows to understand the complexities of the universe though struggles to find her place in it and in the end her achievements are remarkable!

China My Other Country is a riveting story of a woman growing into her own identity through cultural differences, political changes, love, and dangerous spying and other family secrets.

Available in kindle and paperback : Amazon.com